A teaser/trailer from Corpsing, four one act plays, by Peter Barnes. Acting Exercise opens with Rowan, an Actor (David King), delivering a soliloquy in a rehearsal room. From the shadows emerges a distraught husband, Mr Willet, (Joe Staton) demanding the actor give him back his wife. With a superlative performance, Rowan convinces the husband he is mistaken. The question is, will Willet be fooled? 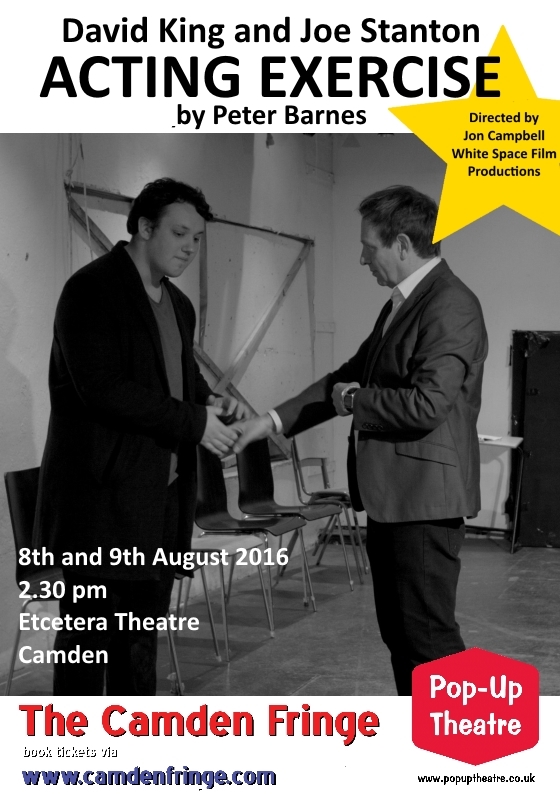 Acting Exercise at the Camden Fringe 2016 8th and 9th August

Very nice *** review from Views From The Gods.